Until recently, if one wants to do web programming, JavaScript seems to be the only choice. However, with the development of WebAssembly, Web Development without JavaScript is becoming increasingly practical.

This article will give an introduction of how to build a website with Rust and WebAssembly. 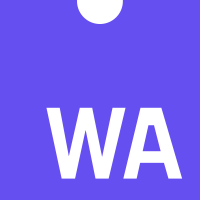 WebAssembly is an efficient, platform-agnostic low-level binary exectuable format. It can be executed efficiently by browsers. Chrome, Safari and Firefox all support WebAssembly.

For more information about WebAssembly, you can visit this website: https://webassembly.org/ 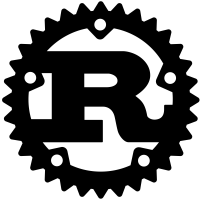 There are a couple reasons why I chose to use Rust: 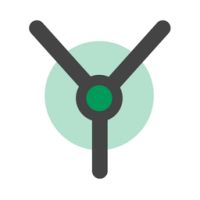 Nowadays, if we are going to build a website in JavaScript, we will be mostly likely using a framework like React or Vue. So does using Rust for Web Programming. There're 2 relatively popular in Rust community: Yew and Seed.

Yew uses a React-inspired approach where as Seed mimics the architecture of Elm.

As I am more familiar with React, I have picked Yew for this article.

To create a Rust repository, the easiest way is to use Cargo. Cargo is the Package Manager of the Rust Programming Language. You may find it familiar to Python's pip or JavaScript's npm and yarn.

To create a repository, enter the following command in Terminal:

cargo will then create a directory named first-yew-app and initialise the directory with Rust files.

To use Trunk, you need to create an index.html under first-yew-app directory.

You do not need to define <body /> in index.html, <head /> only would suffice.

Here's an example of index.html:

For options available in index.html, please refer to Trunk's Documentation.

Just like React, Yew is a Component-based framework. Yew current only supports Struct Component (Corresponding to React's Class Component). Function Component is planned to be released in the upcoming 0.19 release.

Replace the conent of main to the following:

To start the development server, you can use the following command under the first-yew-app directory:

Your default browser should open with a hello world page.

To update the state of a Component, one needs to use Message.

Any Enum can be the Message type of a Component.

And replace the content of App to the following:

App now has 2 fields, counter and link. counter stores the current count. link is a special type - ComponentLink<Self>. This is a type that holds a "link" to the current Component. You can use it to send the message back to the Component.

We can then implement the counter with the following code:

First, we need to specify type Message to be our previously defined AppMsg, which makes App to be able to receive AppMsg as Message. Every time the Component receives a Message, it will call the update method, you can mutate the Component in the update method, if update returns true, it means that App needs to be re-rendered. You can specify the rendering result in the view method. The content above create a div that contains the current count and a button that increases the counter when clicked.

You can use self.link.callback to create a Event "handler" that can be passed to on* method for an element and it will be called when that event is fired.

As Web Development with Rust is still in its early days, the ecosystem is still not as mature as JavaScript. You may face issues like:

It is actually possible to develop a website using Rust. However, due to the maturity of WebAssembly and Yew, you may need to do some digging.

As you may have guessed, this website is also made with Rust + Yew + WebAssembly.

You can see the source code here: